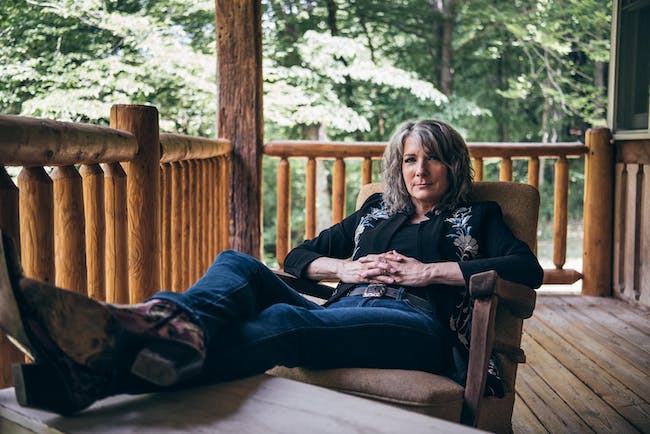 An Evening with Kathy Mattea

iCal
Google
An Evening with Kathy Mattea at The Hangar Theatre - Ithaca, NY

Hailed by The Washington Post as ‘one of Nashville’s finest song interpreters,’ Kathy Mattea has enjoyed the kind of success many artists only dream of: two GRAMMY wins, four CMA Awards, four #1 country singles, and five gold albums (plus a platinum collection of her greatest hits). The dream almost ended, though, when Mattea entered her 50s and began to find her voice changing. What followed was a three-year journey through life challenges, soul-searching, and professional uncertainty, a trying time of personal anguish that threatened to silence her permanently, but instead brought her unexpected joy.

‘The hardest thing was facing the question of whether I would still be able to sing well enough to enjoy it. That was the acid test for me, and I had to be willing to walk through a process that bumped me up against the very real possibility that, in the end, the answer might be ‘No.’

Mattea dug in with a vocal coach, re-committed to her music, and emerged with the most poignant album of her career, Pretty Bird. Working with her old friend, music roots wizard Tim O’Brien, producing, Pretty Bird is a chronicle of her journey, song by song, back to singing for the sheer joy of it. It’s an emotional, moving collection, one that draws its strength not only from Mattea’s touching performances, but also from her uncanny ability to weave seemingly disparate material into a cohesive whole. From a playful take on Oliver Wood’s ‘Chocolate On My Tongue’ to a tender rendition of Mary Gauthier’s ‘Mercy Now,’ from a British traditional to a Bobbie Gentry classic, these are the songs that helped Mattea reclaim her voice, and she inhabits each as fully as if it were her own.

Exquisitely arranged and delivered with the kind of subtlety and nuance that can only come from a lifetime of heartbreak and triumph, Pretty Bird is a title Kathy Mattea inhabits quite literally, and it’s a welcome reintroduction to one of country and Americana music’s most enduring and beloved figures.