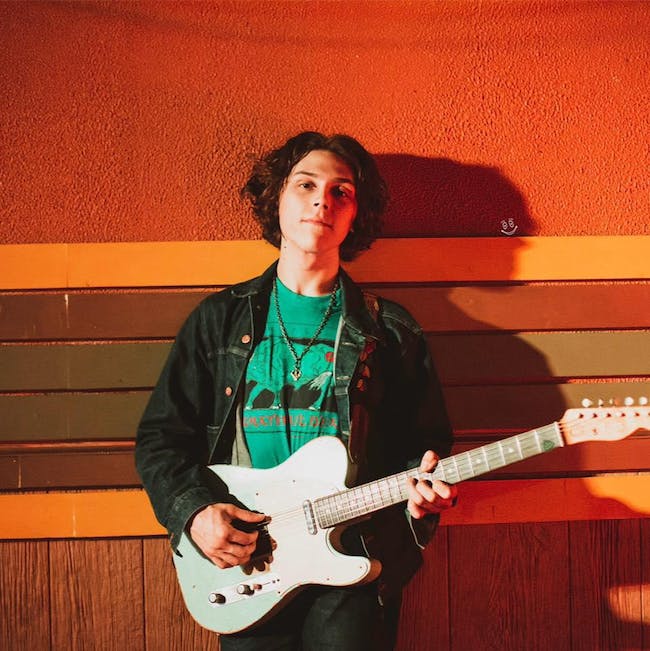 Instrumentalists bear the burden of communicating musical ideas without the aid of lyrics or storytelling proper. For many years, that’s how 2018 Americana Award nominee Daniel Donato operated as the guitarist for Nashville acts like The Wild Feathers, Paul Cauthen and The Don Kelley Band.

From age 14, Donato has developed his brand of crisp, soulful, on-the-edge telecaster picking under bar lights, honing his skills and proving his mettle within the city’s prominent live music scene. All the while, a growing love of songwriting mirrored the pace of his ever-improving guitar chops.

Now, a short three years after his departure from Kelley’s classic country outfit, the 23-year-old is signed to William Morris Endeavors as an artist with a docket of jam-ready country and bluegrass songs. Backed by his three-piece “Cosmic Country Band” – cosmic country is a catch-all term for experimental roots music, often assisted by electronic sounds – Donato stands at the frontier of his career with characteristic intrepidity, no longer bounded by the expressive limitations of his instrument.

His strident voice and explorative songwriting carry his music into new territory, offering bold ideas to his fan base while staying true to what drew them to him in the first place: a palpable love of music delivered through excelled craft. With one eye on the night’s gig and another on the ages, Donato is continuing his journey down country music’s long and winding road, leaving no stone unturned.